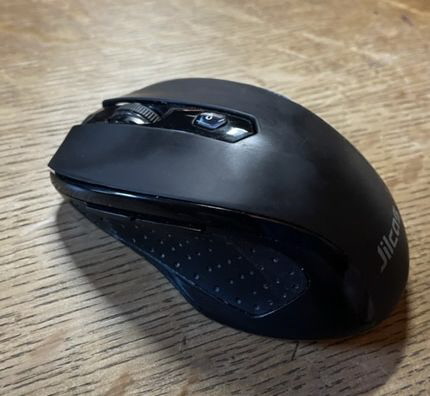 It's just an ordinary mouse. They're everywhere — the pantry, the garage, or the warehouse — and yes, even at ObtainSurplus. You see droppings first, or maybe a blur of fur skittering into a crack so small that physics seems to deny passage to anything but a dust mite. Most of us would pull out the mouse trap, but a mall security unit used its experience for a little fine-tuning of their security system: a SICK 2-D Laser Scanner, using a system called Lidar (light detection and ranging).

It seems the mouse had breached security more than once and set off alarms. It took some time to figure out a hungry rodent was the problem, but the solution was simple — adjust the height of the laser. The first setting was configured from the floor up, so security raised the scan about three inches off the floor so that a mouse in search of crumbs left by messy humans wouldn't be seen as an intruder, or at least not the kind that has more expensive forms of theft in mind. 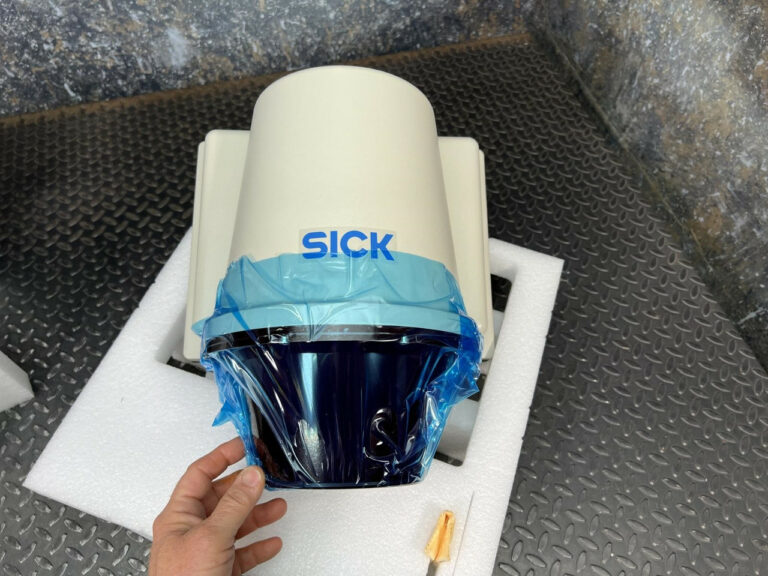 SICK AG, a German industrial firm, which makes the security device, has been manufacturing high-level laser security devices for years. Obtainsurplus cornered a dozen, including several new ones straight out of the box. The legacy equipment is for companies and agencies that need long distance high level laser security. The equipment is expensive, but top-of-the-line units can make any undetected intrusion close to impossible. The individual SICK units have a 360-degree range of up to a whopping 820 feet (250 meters). Several units can cover every inch of a large warehouse.

SICK is about more than Security

Applications beyond security include warehouse management. The invisible lasers from the units can survey size, shape and position of piece goods. The lasers can be measure irregular spaces as well as buildings and can even be used in mines. They can assist programming of cranes for locating and handling containers — more on that later.

The crew at Obtainium tested the used devices and configured them in the warehouse to make sure they work as prescribed. They are sensitive, and as we found out in the trial run, pick up movement easily. The unit is sleek yet unobtrusive in appearance, but behind the heavy plastic cylinder is a powerful laser not visible to your eye. You don't see the stereotypical red beam, but the laser definitely sees you. The detail is amazingly sensitive. 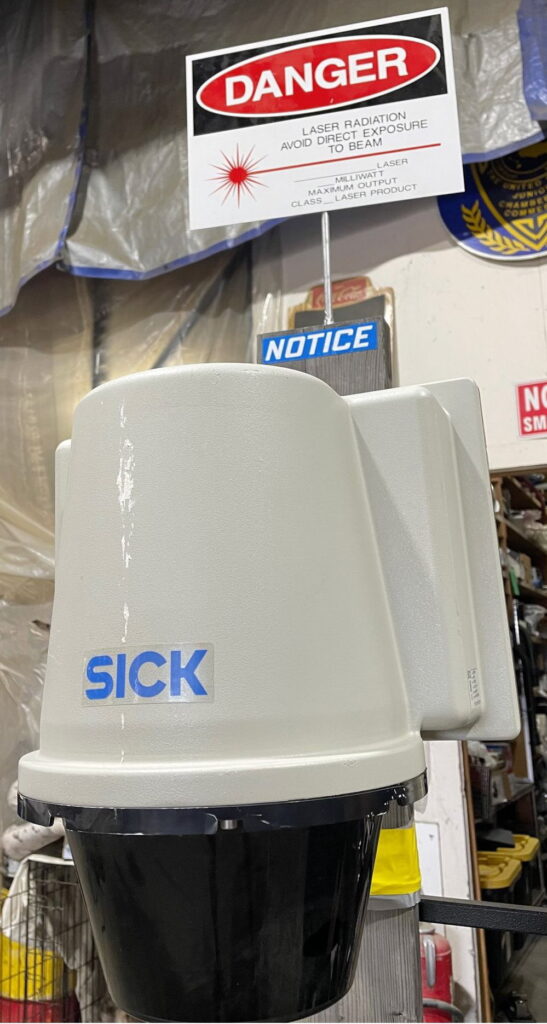 And this is what SICK saw 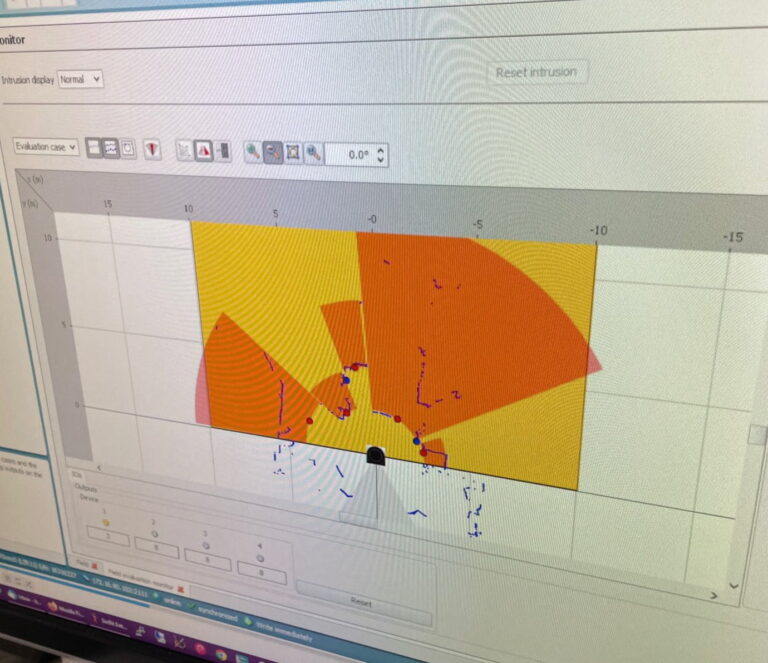 The screen shot above is a rough configuration to show coverage of the laser. The “look” of the configuration can be whatever works best for you, so the orange and yellow scheme is simply a preference. 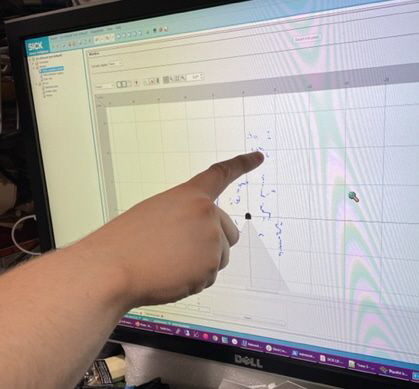 The configuration can identify things and people that are supposed to be present so there is no mistaking them for an intruder. The image above is the same view without the orange and yellow screen. The finger is pointing out a person in the Obtainium warehouse.

“You have to program so it recognizes a wall or a human being,” says Brie Bruns, one of the staff at Obtainium. She points a finger at the screen to show that another employee just walked into the building. “I have to tell it to recognize a certain shape and size. There is a learning curve.”

Bruns says the system can be used for a lot more than security. Data can be fed to a robotic retrieval system.

“I see these being used to identify packages or boxes in a warehouse and feed that information into a retrieval system.”

She likens it to a port where containers are moved to and from ships and trucks. Indeed nearly every seaport of any size has some level of automation similar to what SICK is making. The next generation is already out there: 3-D, but the price tag is a little out there too. The legacy equipment at Obtain Surplus is the best option for those with pockets that aren't quite that deep.