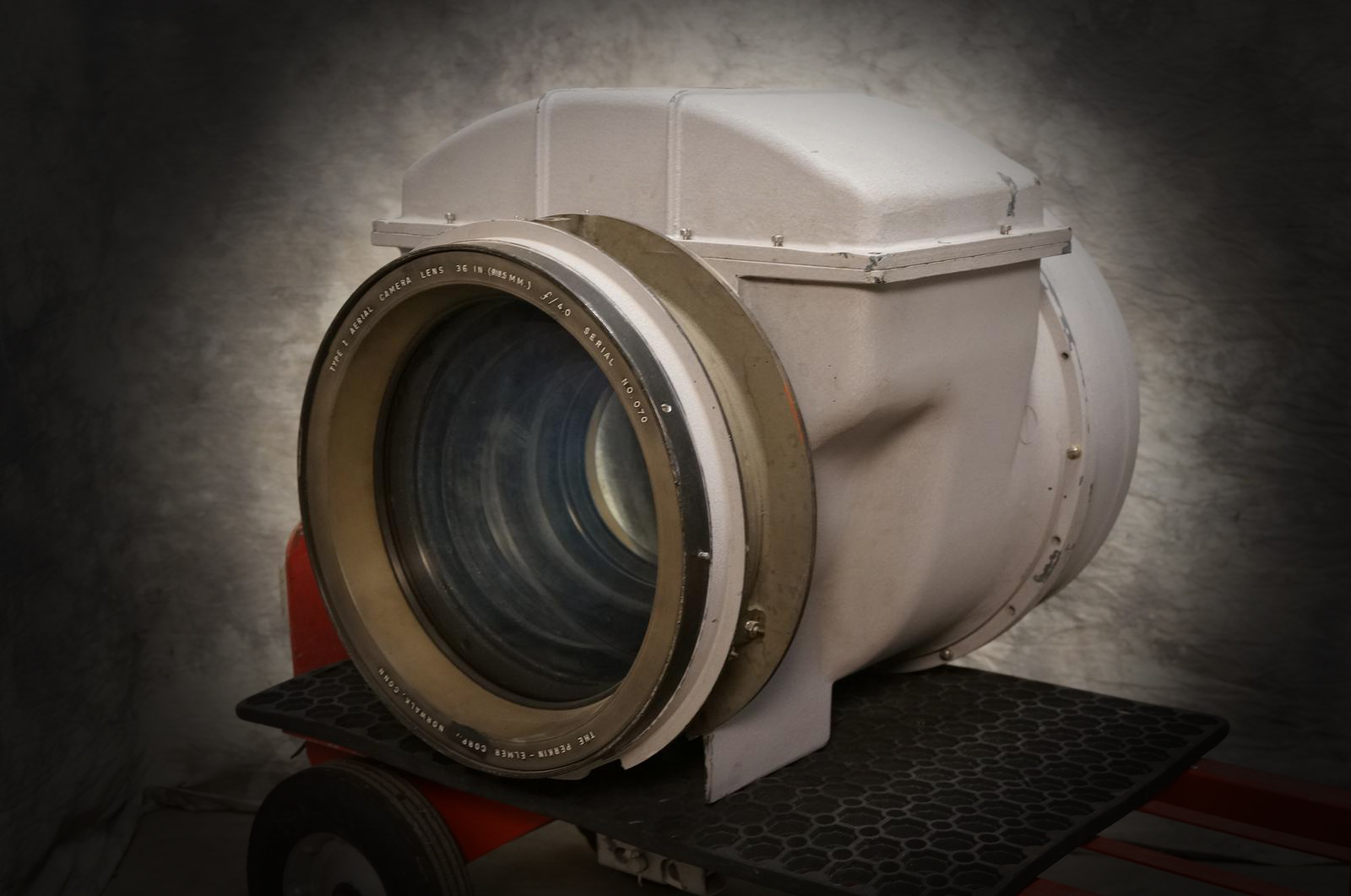 Some years back we had the good fortune to obtain an Aerial camera lens, of a type that was used in several